Housing prices are still surging, but according to a recent article from CNBC, bursting the bubble doesn’t seem likely, at least not in the short term.

Authors Michael K. Farr and Keith B. Davis, cite S&P CoreLogic 20-City Home Price Index that was up 19.1% in January of 2022, compared with January of last year. That was on top of an already astounding 11%-plus growth rate reported for January 2021.

Most homeowners know it’s not normal for housing prices to rise more than 32% in a span of two years. That’s causing some economists, and home buyers to wonder about a possible bubble.

In the chart below, you can see the acceleration in prices that has occurred over the past year and a half. 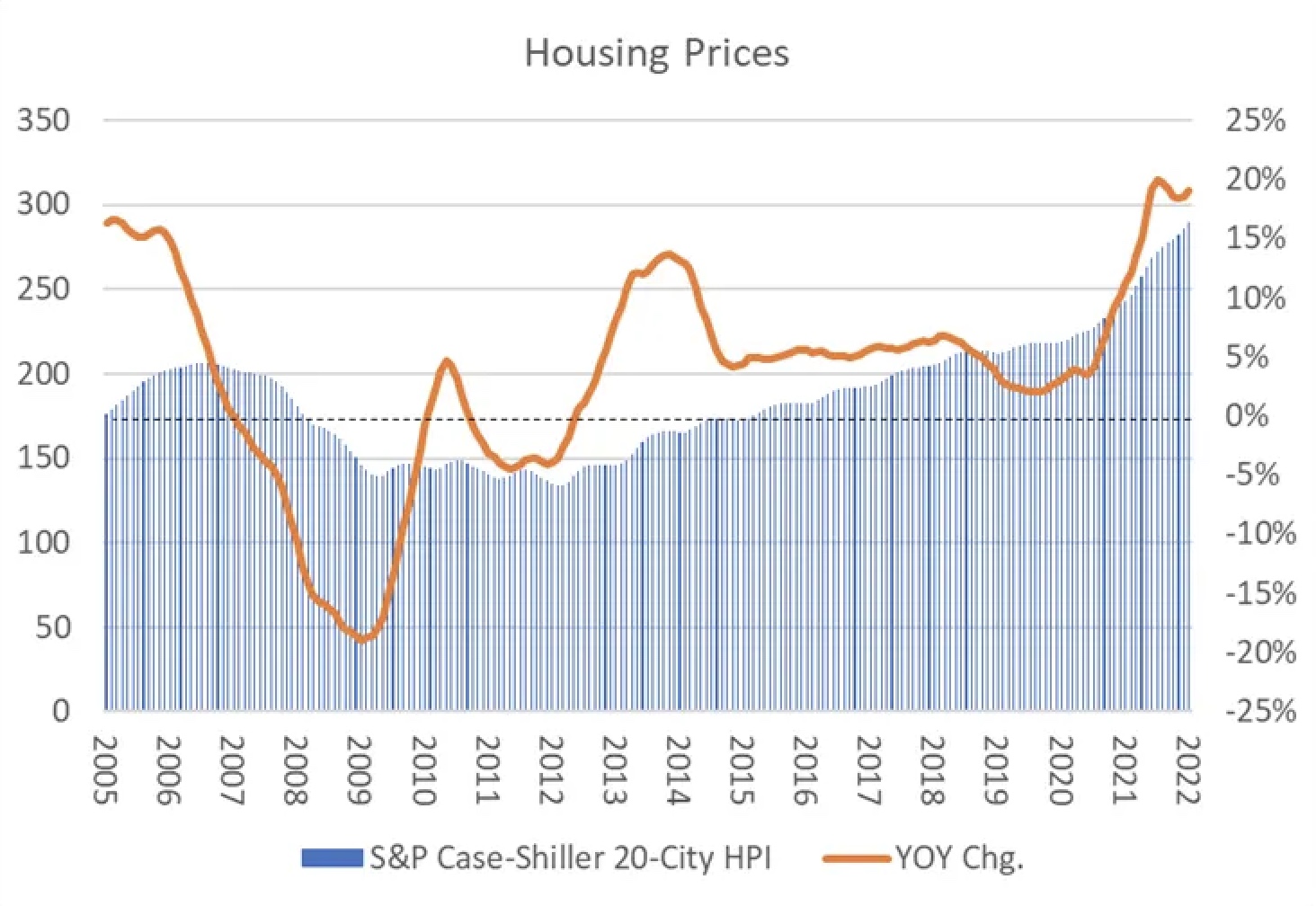 That’s enough to make anyone a little nervous, especially now that mortgage rates have risen to nearly 5% from a low of around 2.7%.

But Farr and Davis say there is one big difference between today’s bull market in housing and the one that ended so badly back in 2005. Generally speaking, we’re not seeing “investors” buying multiple condos with the expectation of selling them at a large gain within a matter of months. And we don’t see the critical ingredient that made this “flipping” activity possible, which was the ready availability of credit on very easy terms.

Fortunately for all of us, shady lending practices, that included very small or even no down payments, adjustable-rate mortgages, mortgages without proper documentation, teaser rates, pay-option ARMs and inflated sales appraisals, are not contributing in any meaningful way to the strength in housing prices we are now seeing.

The strength we are seeing in today’s housing market has a much more straightforward explanation. It’s a mismatch between supply of and demand for housing, especially for lower-priced, entry-level homes.

The growth in demand for housing, which has exploded in the past few years, is related to several factors as well.

The first and most obvious factor is that a large demographic segment, the Millennials, are reaching the age when folks typically buy homes.

A second factor, according to Farr and Davis is the trend toward “work from home” which many believe will be a lasting legacy of the COVID pandemic. Given that these sources of demand are highly unlikely to change, it seems that demand will remain elevated well into the future.

While we mentioned earlier, that interest rates are on the rise, they’re just now approaching pre-pandemic levels and housing remains relatively affordable, for now. Take a look at this chart. 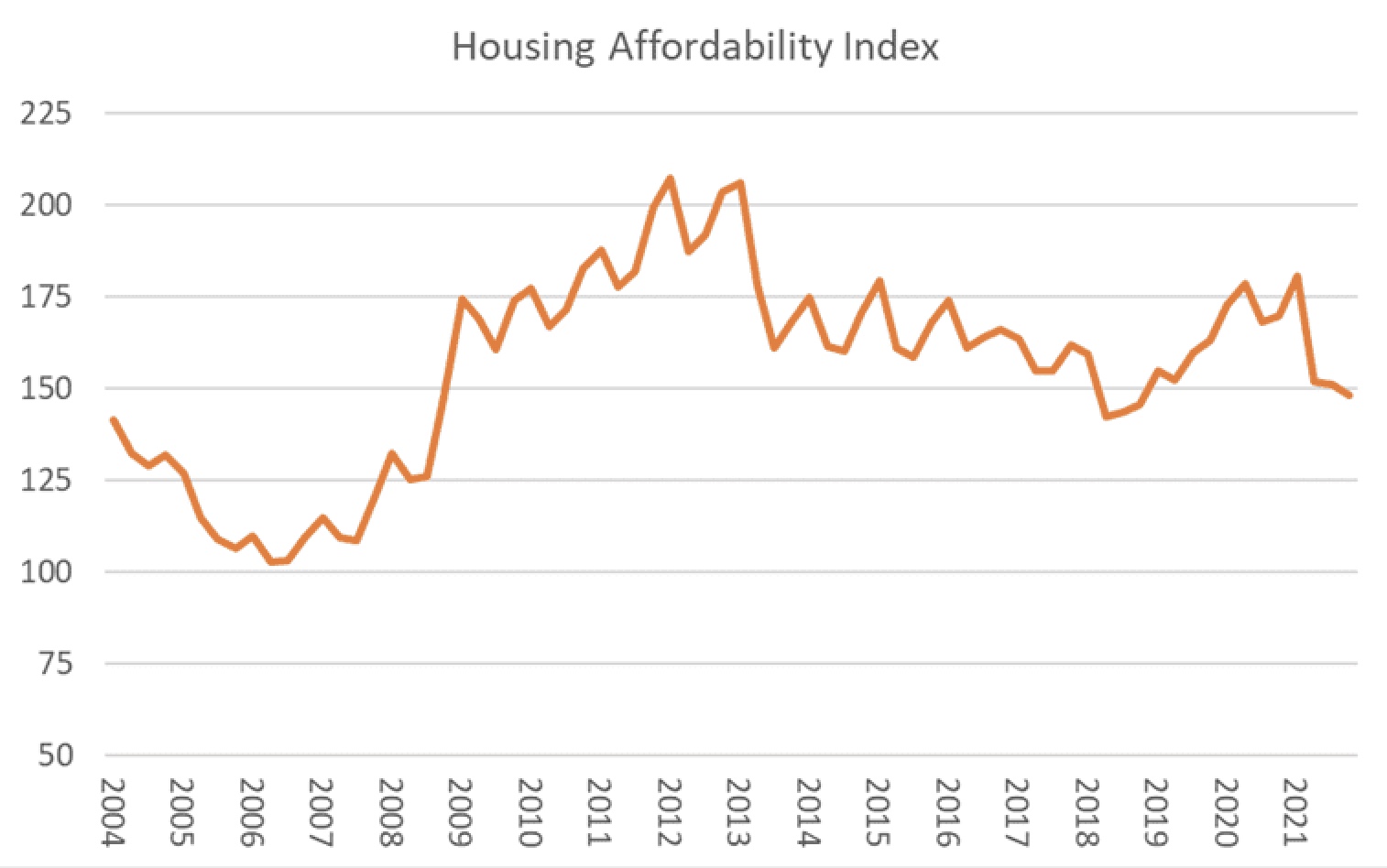 Even with increases in mortgage rates and home prices driving affordability down, it’s hard to see any kind of crash similar to the one back in 2005. Demand is simply too strong while supply is too limited. According to a new survey by Zillow, that isn’t expected to change until at least 2024.

To continue searching, you must agree to the Terms of Use.

For the best experience, please provide your cell phone number and select accept below to opt-in to our Terms & Conditions and Privacy Policy to begin receiving text and voice communications.

or make a new notebook

Verify the value of your home,
maximize your investment and see local market activity.

We just need your phone number to finish creating your account.